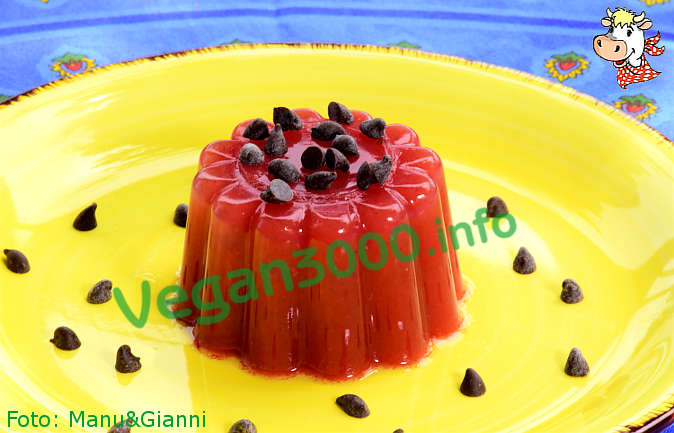 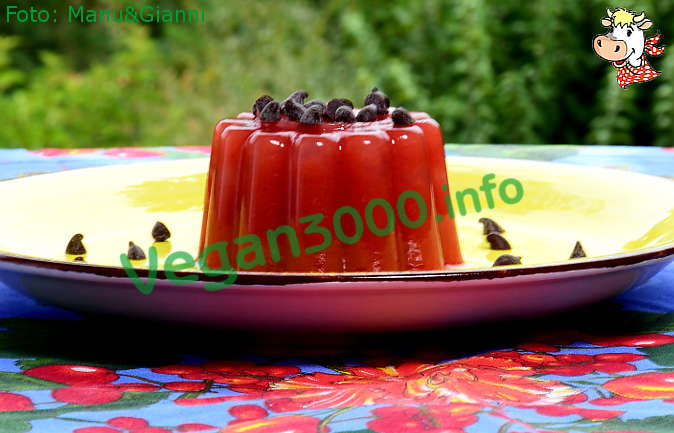 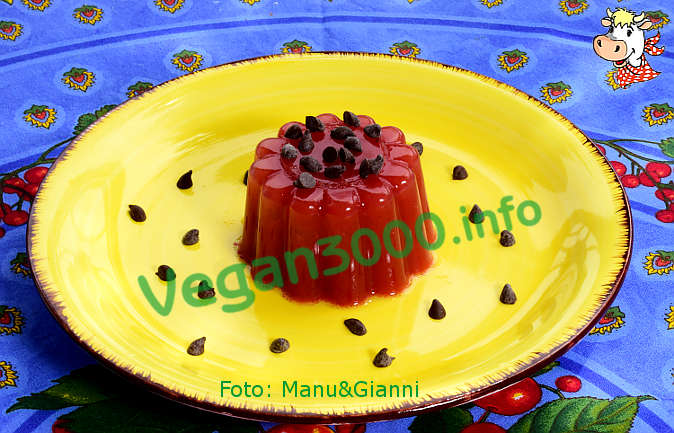 500 ml of watermelon juice (extracted from approximately 600 g of fruit, without seeds and peel)

a pinch of cinnamon for flavoring

a few drops of dark chocolate for garnish

The watermelon frost or kanten is a jelly of watermelon and it is a traditional Sicilian sweet, simple in preparation and refreshing in hot summer days.

One of the most popular versions (from which come many other local variants and family ones) is the one prepared with a few simple ingredients: watermelon, corn starch (corn starch), sugar and cinnamon, with optional garnish based on drops of chocolate or chopped pistachios.

We want to offer you our version just as simple, but using as a thickener agar agar and as a sweetener agave syrup or cereal malt.
A small variation to a jelly anyway very pleasant and refreshing.

Cut the watermelon into small pieces and remove all the seeds.

Puree watermelon until smooth and lump-free juice; for optimal results, pass it even through a sieve to eliminate any trace of seeds or filaments.

Weigh the juice because the doses for this preparation must be accurate.

Put a portion of juice obtained (about 100 ml) in a saucepan and add the agar agar powder, then stir with a whisk so that no lumps are formed.

Flavour with a hint of cinnamon, sweet with the cereal malt, stir again, turn on the heat, add the rest of the juice and bring to a boil, stirring constantly.

At the beginning of the boil, reduce the heat and simmer gently, stirring constantly for about a couple of minutes.

Pour into molds for pudding and when the mixture has cooled store it in the refrigerator for several hours before consuming your watermelon frost.

Serve cold garnishing it with a few drops of dark chocolate or chopped pistachios.

Basmati rice with peppers
Have you read these news?