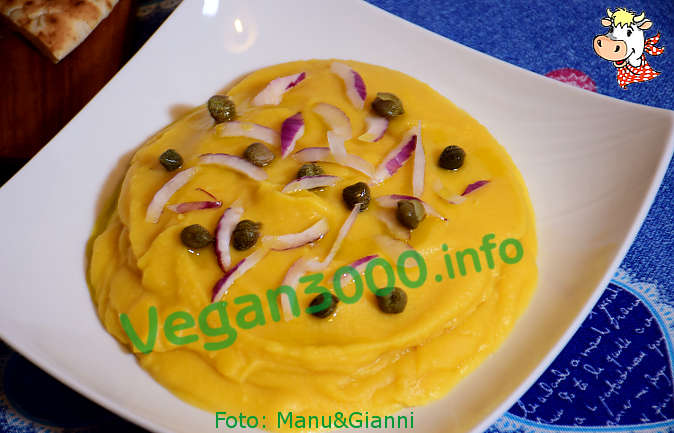 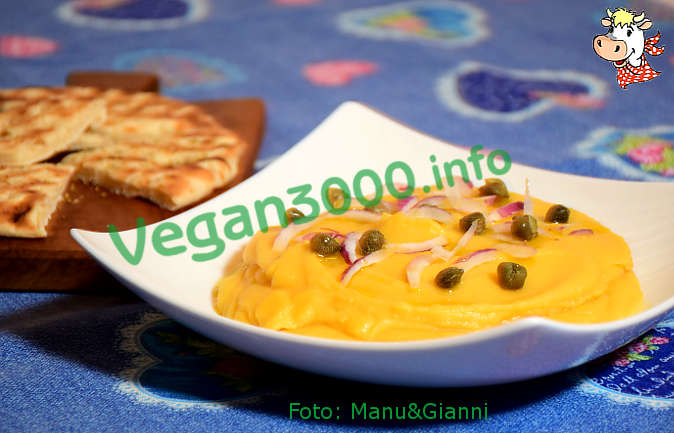 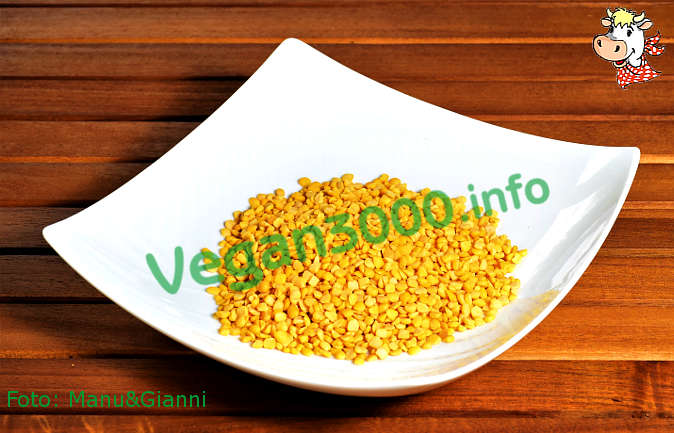 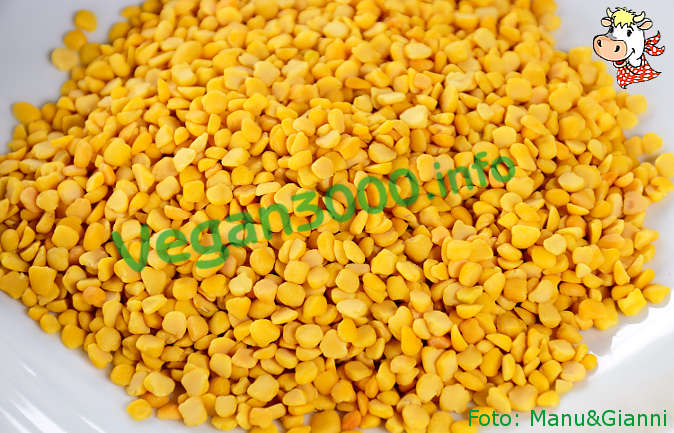 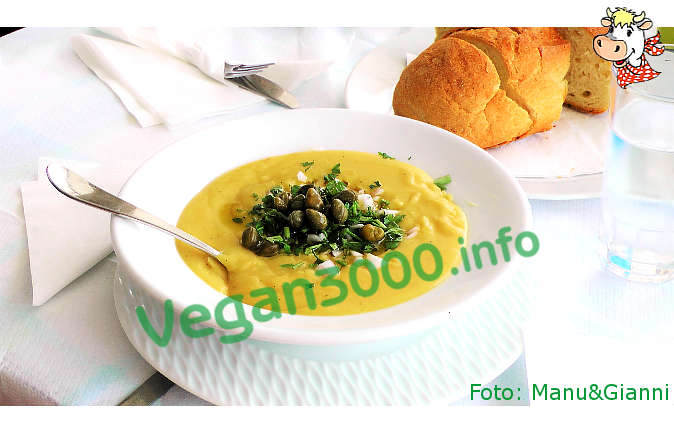 Greek Santorini Fava is a yellow split pea soup typical of the Cyclades, but spread throughout Greece.

Despite the name this recipe is not made with the broad beans known from us: in Greece is called "fava" (lathyrus clymenum) a type of legume like peas, yellow split; in Italy the legume that comes closest is the grass pea (lathyrus sativus), which belongs to the same family (lathyrus).

This fava (Fava Santorinis DOP) grows on the island of Santorini for over 3500 years (also were found in the archaeological excavations of Akrotiri) and was then spread first in other cycladic Islands and then across Greece.

The "fava", as it is simply called on site, is a traditional local dish, with simple and tasty Mediterranean flavours, served as an appetizer or as a main dish to be put in the middle of the table and to share with other diners.

The Greek Santorini fava is served at room temperature, just with extra virgin olive oil of the highest quality, and produced locally, capers and red onion; if you'd like also lemon juice (served separately, in wedges).

Boil the broken Greek yellow fava in twice the volume of water for approximately 50-60 minutes, season with salt only when cooked.

During the boil, be careful of the foam produced and remove it little by little from the pan with a slotted spoon.

When they are fully cooked crush them with a fork or pass them to the mixer until you get a soft cream, a kind of hummus or mashed potatoes.

Serve the Greek Santorini fava according to local tradition, that is warm or at room temperature with sliced onion, some capers (preferably also from Santorini, but those of Pantelleria are great too) and extra virgin olive oil of excellent quality (a Greek saying goes: "the fava is not a good fava without a good oil").

You can also add some lemon juice.

The ideal is to accompany this delicious dish with Greek pita bread, if not available vegan piadinas or lightly toasted sliced bread are also good.

Croutons with cannellini beans and mushrooms

Mediterranean salad
Have you read these news?